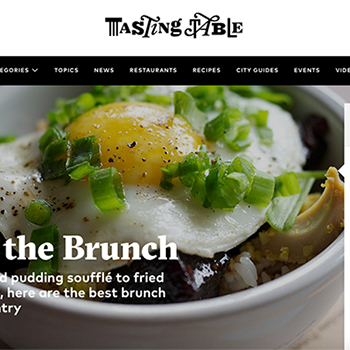 Why One Michelin Chef Is Refusing Her Star
Michelin stars are hard to come by. Some chefs spend years of their careers in pursuit of them. But Karen Keygnaert, the only woman in Flanders to have garnered a Michelin star, turned hers down this winter, Munchies reports.
She isn’t the first chef to refuse a star, but she gives insight into why some are saying no to the honor: “Until 10 years ago, a Michelin star was a blessing, but in these economic times it is more of a curse.” In Europe, where the Michelin Guide started awarding stars in 1926, stars come with specific expectations from diners, she says. Those expectations typically focus on the type of experience they will have at the restaurant, mainly that it will be fancy or formal, often involving a tasting menu. “You lose the freedom to do what you want as a cook,” she adds.
Keygnaert is hoping to get that freedom back when she opens a new restaurant, one that is less formal (staffed entirely by women), where she says she doesn’t want Michelin stars. “In my new restaurant . . . I [will] continue to serve quality food, but not as a (set) menu, so people can decide for themselves how expensive or long they want their dinner. And I’m going to stop with all the frills!”