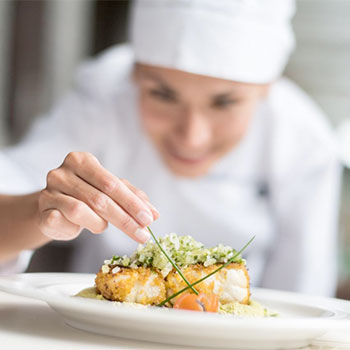 The chef of an all-female kitchen is rejecting her Michelin star, and this is why
Rachel Hosie

Professional kitchens tend to be testosterone-fuelled, male-dominated spaces. And although domestic cooking is largely still associated with women, most of the world’s top restaurants are run by men.

So it was particularly noteworthy when Karen Keygnaert was awarded a Michelin star – but even more so when she decided to give it back.

Keygnaert is the only Michelin-starred female chef of Flanders, the Flemish-speaking part of Belgium, and is about to launch a restaurant where the kitchen staff are all female – but she doesn’t want it to be associated with Michelin stars.

This is not the first time a chef has refused a star, and, curiously, it seems to be particularly common for chefs from Flanders: Jo Bussels, Christophe Van den Berghe and Frederick Dhooge have all refused stars over the past years.

Similarly, top chef Jason Blanckaert gave it all up to start a sustainable business and Vincent Florizoone said he never wants a Michelin star “because it would spoil – rather than enrich – his restaurant,” according to Munchies.

Keyngaert’s restaurant A’Qi has had a Michelin star for five years, which was awarded two years after opening.

She is planning on opening her new restaurant, which just so happens to have a solely female staff, this March, but believes a Michelin star has become “more of a curse” than a blessing in today’s economy.

“People go to star restaurants just to go for a festive occasion, to dine long and extensive, but personnel costs have become so high that it’s unpayable,” she explained to Munchies.

“Guests will also come with a different expectation. They expect certain products, such as lobster or lamb, but as purchase prices rise they find it difficult to accept that the prices of the menus are going up as well.”
Chef Lee Skeet’s Michelin-inspired pub grub pop-ups – in pictures

Dining-out culture has changed, and increasingly, people are after casual, fun, relaxed dinners, which typically aren’t associated with Michelin stars.

With a Michelin star comes a lot of pressure: “The star brings along a whole circus that’s outdated. If there’s even a crease in the menu card or a crease in the tablecloth, people soon end their sentence with: ‘I don’t think that belongs to a star restaurant,’” Keygnaert explains.

In her new restaurant, Cantine Copine, she wants diners to feel comfortable and not have to worry about if they’re dressed appropriately.

The trouble is, you can’t actually return a Michelin star: “The only thing you can do to get rid of your star is by not filling in the form when you receive another one again,” says Keygnaert.

As for her all-female team, that’s simply the way Keygnaert most enjoys cooking: “It’s much quieter and there’s less competition,” she says.

“I can’t tolerate all the messing around and I can do without all the macho behaviour as well.”

She also says that she’s found it hard being the boss of men, particularly older ones, as they are more reluctant to accept her authority.

Despite that, she didn’t set out to hire just women, it was accidental: “When I search for new employees, I don’t look at the gender, but at their personality and competence.”

Accident or not, an all-female kitchen is certainly a welcome change from the norm.